Over the last few years Hell has become quite a hot topic (please excuse the pun but I just couldn’t resist it).  Rob Bell stirred up the flames of controversy with his book ‘Love wins’ and more recently Francis Chan has responded with his ‘Erasing Hell’. Bell and others claim that Hell can’t possibly exist as a ‘place’ of endless punishment because God is all loving. Chan, and most other evangelicals, claim that although the idea of eternal Hell is disquieting to say the least, it is unequivocally taught in scripture. I am not going to add to the debate concerning the biblical validity of Hell. I am satisfied that the scriptures, and Jesus in particular, provide ample evidence of its existence. I believe in the inspiration, authority, and trustworthiness of the Bible and so I see no point in re-asking the question ‘does Hell exist?’ because the biblical answer is a clear ‘yes it does.’ I want rather to ask, and attempt to respond to, a related but different question; why does Hell exist?’ A reasonable answer to this question will help those of us who are struggling to evaluate the various alternative theories that form the basis of the current debate. The immortality of the soul/spirit is one such theory – if the immaterial component of human nature does not exist eternally then perhaps there is no need for Hell and God could simply annihilate ‘sinners’. Another strand is Universalism – everyone will ultimately be saved, perhaps even the devil, and so Hell is redundant. I won’t attempt to address these issues in this short article but Bell and Brian McLaren have stated why they believe there is no purpose to a hell, so I want to state two reasons why I believe there is a need for Hell.


One reason Hell exists is because God is righteous and just. In Deuteronomy 32:4 God is described as, ‘a faithful God who does no wrong, upright and just is he’.
Again, Abraham appeals to God’s character of righteousness with, ‘Far be it from you to do such a thing — to kill the righteous with the wicked, treating the righteous and the wicked alike. Far be it from you! Will not the Judge of all the earth do right?’ (Genesis 18:25). We come to understand what is right and fair because God has established the standard of justice and righteousness. Yet we know through observation and logical deduction that great injustice is not always punished, or even accounted for, in this life time. However, if God is righteous and just then how can a Hitler, Stalin, or Bundy receive the same eternal treatment as a Billy Graham? If there was no Hell then there would be no reason to believe that God was righteous and just.

Another reason Hell exists is because of the consequence of sin, which is death.
God told Adam that he would die if he chose to sinfully rebel against Him. Thousands of years later Paul wrote that ‘sin entered the world through one man, and death through sin, and in this way death came to all men, because all sinned.’ (Romans 5:12). Unregenerate humankind exists in a state of separation from the presence, life, and wisdom of God. Unless people are spiritually born again (John 3:7) they remain separated from God. There is no biblical indication that this separation does not continue after physical death and there is ample biblical evidence that it does (Matthew 25:41-46 et al). This on-going, post-earth separation makes Hell a necessity. By the way, on earth nobody is totally separated from the influence of God because He is present by His Spirit through the church. However, Hell is characterised by an absolute separation from God. God is good, merciful, and loving so a state devoid of His qualities is indeed hellish.

I am a passionate advocate of Christocentric interpretation of scripture (see http://www.satsonline.org/userfiles/Peppler,%20The%20Christocentric%20Principle-A%20Jesus-Centred%20Hermeneutic.pdf) and it is significant that Jesus spoke more about Hell than anyone else recorded in the Bible. He taught, alluded to it, and told several parables concerning it. Jesus is the exact representation of God’s being (Hebrews 1:3) and in Him ‘all the fullness of the Deity lives in bodily form’ (Colossians 2:9). So what Jesus said is definitive, and He said that the original reason why Hell was created was to provide an eternal abode for the devil and his angels (Matthew 25:41). Unfortunately, He made this statement in the context of the fate of those who do not live out a relationship with himself and His disciples.

Does Hell exist? Yes I surely believe it does. Is Hell necessary? Yes it is, as an eternal consequence of Gods righteousness and justice, and man’s rebellious separation from Him. 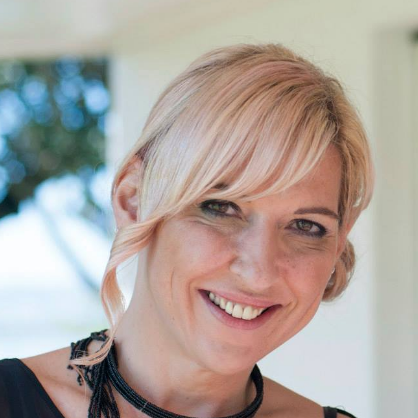