What Happened After the Resurrection

Before Easter, many folks from some of the older denominations observe Lent. Starting from Ash Wednesday they observe a forty-day season incorporating The Annunciation, Palm Sunday, Maundy Thursday, Good Friday, Holy Saturday, and Easter Sunday. However, what is not generally observed is the forty-day period after his resurrection when Jesus appeared to select people. In this article, I want to focus on what he said to some of these people and how he acted towards them. I will be concentrating, not on the doctrinal aspects of this, but on the motives and emotions displayed.

Mary was the first person to interact with Jesus after his resurrection. She was distraught, not only because just days before she had witnessed Jesus dying on the cross, but because the tomb where they had laid his body was now empty. She became aware of someone standing behind her, but she thought he was the gardener. He asked her why she was crying and who she was looking for. She asked him where he had taken the body of her Lord and he replied with just one word,“Mary.”

Perhaps it was because he knew her name that enabled her to recognise him through her tears, or perhaps it was the tender tone in which he said it. I suspect that it was the later.

Jesus then told her to go and tell the disciples that he was only going to be present for a short while and would then have to return to his Father. (John 20:10-18) What is particularly significant is that Jesus chose to reveal himself for the first time in his resurrected form to Mary before even to John or Peter. By doing this he indicated the special love he had for her and also her status among his disciples. In those days, women were regarded as inferior to men and not to be taken seriously, but Jesus thought otherwise.

In the evening of Resurrection Sunday, Jesus appeared to his disciples, but 1 Corinthians 15:5 records that at some time between dawn and dusk of that day Jesus first met with Peter. We don’t know what he said to Peter because nothing is recorded in the Gospels concerning this. It must have been a private meeting, just between the two of them. How would Peter have been feeling at the time? Well, he had betrayed the Lord and fled and as a result had not been there for Jesus when he died on the cross. Peter must have been feeling devastated – ashamed, desperately sad, and worthless. But Jesus chose to appear to him before meeting with the other disciples. What comfort this must have been for Simon Peter.

The two on the road to Emmaus

Sometime during the course of Resurrection Sunday, Jesus met with two disciples who were journeying from Jerusalem to Emmaus. They were not part of the group of twelve and the scriptures do not even give us their names. Yet Jesus chose to walk with them and to give them a bible study unlike any ever received from Jesus. ‘He explained to them what was said in all the Scriptures concerning himself’ (Luke 24:27) What a privilege! What made them special? Probably nothing, but Jesus chose to favour them; two ordinary unknown men.

That evening, while the two from the encounter on the road were telling the disciples what had happened, Jesus suddenly appeared in the room with them (Luke 24:36). John 20:19-24 adds the detail that the disciples were in a locked room in fear of being arrested; no wonder that they were startled when they saw him. But I want to skip to the next time that Jesus met with his disciples because on that Sunday night James was missing from the group. John 20:26-28 records for us how Jesus returned a week later to appear again to his band of disciples that this time included Thomas. Why did Jesus do this? The only answer obvious from the Gospel account is because Thomas doubted that Jesus had truly risen from the dead and had appeared to the others. Jesus did not scold him or criticise him, but instead provided him with solid physical evidence. For me, Thomas stands in scripture not so much as ‘doubting Thomas’, but as ‘Blessed Thomas’, a man who received abundant grace and compassion from the Saviour.

John 21, Matthew 28 and 1 Corinthians 15 record or mention two other appearances by the risen Lord of Life. He met with his disciples at the sea of Galilee, ate with them and reestablished Peter as the leader of his church. Then at another time, he met with James and also appeared to a group of about 500 people.

Jesus’ last appearance to his disciples was on mount Olivet where he blessed them and then ascended into Heaven. Luke gives the detail that this occurred on the Bethany side of the mount of Olives (Luke 24:50-53) probably at or very near to the spot where he had stood and grieved over Jerusalem (Matthew 23:37). But why did Jesus choose this particular spot?

We know that the town of Bethany was where the home of his dear friends, Mary, Martha, and Lazarus was located and that it was Jesus’ home base in the days leading up to the crucifixion. Since leaving Nazareth to start his public ministry, this must have been the nearest thing to a home that Jesus had on Earth. Upon the hill overlooking this home was the place Jesus chose to return to his eternal home in heaven, his Father’s home.

What we can draw from this

I am writing this article in extraordinary times. The Corona Virus Pandemic is sweeping the world and I, like millions of others are under lockdown. Things are growing desperate as food runs out for so many of the poor, untold scores of people from all parts of society have lost their jobs. Most people are anxious and even afraid and many are lonely. So at times like this, it is comforting to consider how Jesus treated ordinary people like us.


He comforted and affirmed his friend Mary, restored Peter’s dignity and purpose, and poured out his grace and knowledge upon two unknown disciples. He assured Thomas, blessed his followers, and the last thing he probably saw as he ascending back to heaven was the home of his friends.
Would he not reach out to each of us, equally ordinary people, in our confusion and disquiet? Yes he would; yes he does. 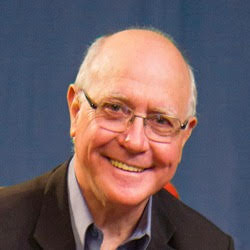