In the first few years of our Christian life my wife and I were part of a small Methodist church in Port Elizabeth. Our congregation did not have our own resident minister and so we relied a lot on visiting lay preachers to take our Sunday services. One particular Sunday one of these men visited us and preached from Ecclesiastes 1:9-10; ‘what has been will be again, what has been done will be done again; there is nothing new under the sun. Is there anything of which one can say, “Look! This is something new”? The sermon lived up to its title and really was quite forgettable. The preacher himself must have thought so too because a few months later he again preached at our church and started his sermon with the words, “The title of my sermon today is ‘There is nothing new under the sun’.  He then proceeded to repeat his earlier message word for word!

This is the season when we usually make plans for the year that lies ahead. If we are particularly conscientious we also produce a budget to give us some idea of what our plans and aspirations are going to cost. Some people are boldly imaginative and plan new and different things, but for most folk the process of planning and budgeting is more an exercise in extrapolation. We infer the unknown from the known. We use the past as the pattern for the future. We might stretch ourselves a little, but in the main our plans and budgets look much like last years plus a little extra for inflation – ‘What has been will be again, what has been done will be done again’.

I have had several conversations with investment consultants who point to the past growth of equities as the evidence of their suitability as a future investment. Ok, but what if everything changes? What if something happens in the world or in our country that changes the rules of the investment game? How well will equities perform then? It is a disturbing thought to many, but we are now living in an age where the past is no longer the best predictor of the future. “Look! This is something new” is a phrase that constantly rings in our 21st century ears. So, scenario planning is now in vogue. The new way of planning is to identify a number of possible future scenarios, allocate each a probability, and then to plan accordingly.

There is a current line of reasoning in educational circles which holds that we need to be teaching our children to think imaginatively. The idea is to prepare them to face a rapidly changing world with a nimble mind and a set of creative and critical thinking skills. Just having a head full of facts derived from past reality is just not good enough anymore.

Having said all this, here is another scripture to consider; “Forget the former things; do not dwell on the past. See, I am doing a new thing! Now it springs up; do you not perceive it?” (Isaiah 43:18-19) The world is changing like a chameleon on steroids, but God is ahead of the game and He wants us to see what He is doing so we can get into line with His plans and purposes. If we listen carefully to the Holy Spirit, and keep alert to what He is causing to ‘spring up’, then we will not be swamped by the storm of change that is flooding the world. With God, planning can be an exhilarating visionary experience and not a futile extrapolation of the past. We don’t need to be frustrated by the failure of our traditional planning techniques, and nor do we need to be afraid of the uncertainty of the age. Rather, what we need to do is to align ourselves as best we can with the greatest change-agent of all, Almighty God, and to step boldly with Him into an exhilarating future. 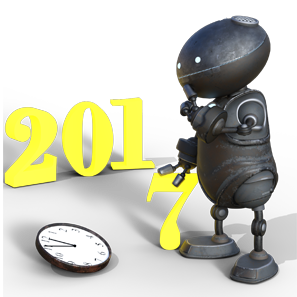 The end of another year is upon us and if you are anything like me you are finding yourselves looking back and then trying to look forward.

“How did I do this year Lord?” we murmur as we consider the triumphs, failures, joys, and sorrows of a year that can never be relived. “Well, we made it through 2016 Lord, now what awaits us in the year to come?” But He doesn’t often answer that prayer does He? Perhaps it is just as well that we don’t know what lies ahead, for Jesus did say; “do not worry about tomorrow, for tomorrow will worry about itself. Each day has enough trouble of its own” (Matthew 6:34). 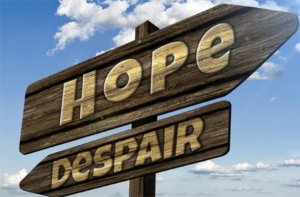 For us here in South Africa, 2016 has been a troubled year on a number of levels, but I guess those living in Europe or the United States would say the same. The economy is not likely to improve much in the year ahead and the political situation will no doubt remain tense. Americans will have to adjust to a new, and very different President; the British will have to come to terms with Brexit; Europeans will have to endure ongoing terrorism; and we in the RSA… well, we have the Robbing Hood and his merry men-in-power to deal with.

Here is the thing though:


do we believe that no matter what happens in 2017 we can make huge progress towards fulfilling our life’s goal?
No matter who we are, what resources we have or don’t have, or how healthy or stressed or challenged we are, we all have the same fundamental mission in life. We are called to know Jesus, to become as much like Him as we can in this lifetime, and to help others to do likewise. For those who don’t yet have an eternal relationship with Him, then changing THAT is the highest priority for 2017. For those who do know Jesus as saviour and Lord the mission in the year ahead is to know Him better and more deeply and, by manifesting His resurrected life in and through us, to become more like Him. And this glorious quest is never undertaken in isolation, for as we live out the Christian life we try as best we can to help others to know Jesus and to become like Him. 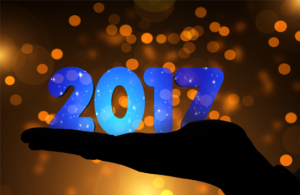 Now tell me, can hardship, illness, or adversity stop this from happening? NO, to the contrary, challenges and tests provide a powerful means for knowing Jesus and becoming like Him. Paul expressed something of this idea when he wrote; ‘I want to know Christ and the power of his resurrection and the fellowship of sharing in his sufferings, becoming like him in his death, and so, somehow, to attain to the resurrection from the dead’ (Philippians 3:10-11). Prosperity can be a means of achieving our ‘growth’ goal, but so can poverty; Health can be a means, but so can sickness. Peace can be a sought after means, but conflict can provide a challenge that accelerates our growth in Christ Jesus.

‘No, in all these things we are more than conquerors through him who loved us. For I am convinced that neither death nor life, neither angels nor demons, neither the present nor the future, nor any powers, neither height nor depth, nor anything else in all creation, will be able to separate us from the love of God that is in Christ Jesus our Lord’ (Romans 8:37-39).

I can’t get back one second of the year that has gone, but I can redeem the time that lies ahead IF I can comprehend God the Father’s purpose for, in, and through me, resolve to walk with the Lord Jesus through the days to come, and learn to depend on the guidance and sustaining power of the Holy Spirit.

I won’t end with, ‘May God be with you in the year to come’; I would rather affirm the truth that God IS with you now and in the days that lie ahead.

The year 2016 is likely to be a challenging year for Christians all over the world, and particularly in South Africa. Here in my home country things are heating up politically and cooling down economically, and when fabric, even the fabric of society, is pulled at both ends it tends to tear.

How will we cope with a rip-roaring year? Our ability to surthrive (thrive as we survive) will surely depend largely on the underlying quality of our Christian Faith. If our basic understanding of Christianity is that it is a religion of learning and religious observance, then we will be hard pressed to hold things together in the year that lies ahead. If our understanding of Christianity is that it is a system of morals and good works, then we will most likely experience frustration and disappointment.

Just before Christmas I preached a sermon entitled ‘A Season of Miracles’ and although its context is the Christmas story, its message applies to the year that lies ahead of us – I would like to invite you to listen to it.

You can listen to it directly by clicking the ‘play’ button below:

Alternatively, go to My Sermons Page where you can download, or listen to, other sermons I’ve preached.


And now, all glory to God, who is able to keep you from stumbling, and who will bring you into his glorious presence innocent of sin and with great joy.  All glory to him, who alone is God our Saviour, through Jesus Christ our Lord. Yes, glory, majesty, power, and authority belong to him, in the beginning, now, and forevermore. Amen. Jude 24-25 (NLT)