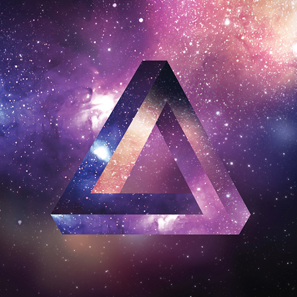 Apart from the formal philosophical definition of ‘certainty’, for most people, the word means ‘firm conviction that something is the case’.

If we were not reasonably certain of most things then we would be incapacitated and unable to perform daily functions. For example, if I were not certain that gravity would hold me onto planet earth, I would walk around in perpetual fear or anchored to a peg in the ground. Our conviction that some things are certain enables us to function, make life decisions, and teach others. But, on what basis do we establish certainty?

Recently, I have been discussing reincarnation and life-between-lives with someone who is, himself, in dialogue with a person who believes in these things. This 3rd person is certain enough about them that he is prepared to stake eternity on them and to endorse them to others. What is his basis for certainty?

Agnostics or atheists also appeal to authorities ranging from the opinion of experts, to generally accepted scientific theories. They also rely on logical reasoning and empirical evidence. For them, something becomes certain if, say, Stephen Hawkins said it was, or it makes logical sense, or if there is hard factual evidence for it.

For post-modern and millennial individuals, nothing is certain, however, they regard group consensus, the opinions of social media thought leaders and personal preference as reliable enough to provide sufficient certainty to function normally.

I return to the man who is certain that we all live many times on earth: He believes that between the many live-times on earth there is a complex system of personal development and that neither God nor evil exists. Why is he certain of these things? Firstly, because he has read two books by someone who claims to have hypnotically regressed thousands of patients to a point where they can recall their previous states of being. Secondly, because it lines up with what he believes to be reasonable, and thirdly because it is what he wants to believe.

Contrary to this approach, my basis for certainty lies in one person as revealed in one authoritative document – the Lord Jesus Christ as revealed in the Bible. 2 Peter 1:16-21 provides a compact presentation of why I hold to this.

‘We did not follow cleverly invented stories when we told you about the power and coming of our Lord Jesus Christ, but we were eyewitnesses of his majesty. For he received honour and glory from God the Father when the voice came to him from the Majestic Glory, saying, “This is my Son, whom I love; with him I am well pleased.” We ourselves heard this voice that came from heaven when we were with him on the sacred mountain. And we have the word of the prophets made more certain, and you will do well to pay attention to it, as to a light shining in a dark place, until the day dawns and the morning star rises in your hearts. Above all, you must understand that no prophecy of Scripture came about by the prophet’s own interpretation. For prophecy never had its origin in the will of man, but men spoke from God as they were carried along by the Holy Spirit’.

The basis for my certainty in things eternal does not come from any so-called experts, or cleverly invented stories. It comes from the divinely authenticated witness to The Lord Jesus in and through a Holy Spirit illuminated understanding of the scriptures. In addition, I have subjected this revelation to rigorous logic, factual evidence, and personal experience.

The big question I must pose to you is: What is the basis for your certainty?

On your answer hangs your peace of mind, your spiritual credibility, and your eternal destiny.

In the first few years of our Christian life my wife and I were part of a small Methodist church in Port Elizabeth. Our congregation did not have our own resident minister and so we relied a lot on visiting lay preachers to take our Sunday services. One particular Sunday one of these men visited us and preached from Ecclesiastes 1:9-10; ‘what has been will be again, what has been done will be done again; there is nothing new under the sun. Is there anything of which one can say, “Look! This is something new”? The sermon lived up to its title and really was quite forgettable. The preacher himself must have thought so too because a few months later he again preached at our church and started his sermon with the words, “The title of my sermon today is ‘There is nothing new under the sun’.  He then proceeded to repeat his earlier message word for word!

This is the season when we usually make plans for the year that lies ahead. If we are particularly conscientious we also produce a budget to give us some idea of what our plans and aspirations are going to cost. Some people are boldly imaginative and plan new and different things, but for most folk the process of planning and budgeting is more an exercise in extrapolation. We infer the unknown from the known. We use the past as the pattern for the future. We might stretch ourselves a little, but in the main our plans and budgets look much like last years plus a little extra for inflation – ‘What has been will be again, what has been done will be done again’.

I have had several conversations with investment consultants who point to the past growth of equities as the evidence of their suitability as a future investment. Ok, but what if everything changes? What if something happens in the world or in our country that changes the rules of the investment game? How well will equities perform then? It is a disturbing thought to many, but we are now living in an age where the past is no longer the best predictor of the future. “Look! This is something new” is a phrase that constantly rings in our 21st century ears. So, scenario planning is now in vogue. The new way of planning is to identify a number of possible future scenarios, allocate each a probability, and then to plan accordingly.

There is a current line of reasoning in educational circles which holds that we need to be teaching our children to think imaginatively. The idea is to prepare them to face a rapidly changing world with a nimble mind and a set of creative and critical thinking skills. Just having a head full of facts derived from past reality is just not good enough anymore.

Having said all this, here is another scripture to consider; “Forget the former things; do not dwell on the past. See, I am doing a new thing! Now it springs up; do you not perceive it?” (Isaiah 43:18-19) The world is changing like a chameleon on steroids, but God is ahead of the game and He wants us to see what He is doing so we can get into line with His plans and purposes. If we listen carefully to the Holy Spirit, and keep alert to what He is causing to ‘spring up’, then we will not be swamped by the storm of change that is flooding the world. With God, planning can be an exhilarating visionary experience and not a futile extrapolation of the past. We don’t need to be frustrated by the failure of our traditional planning techniques, and nor do we need to be afraid of the uncertainty of the age. Rather, what we need to do is to align ourselves as best we can with the greatest change-agent of all, Almighty God, and to step boldly with Him into an exhilarating future.