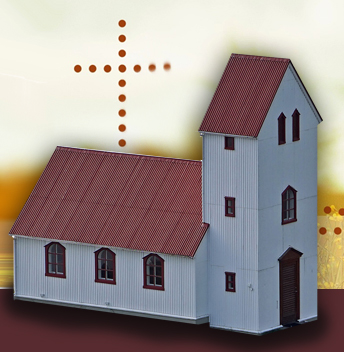 The beast becomes a whore and the whore becomes a city… say what?

In previous chapters of Revelation Religion has been depicted first as a beast from the land, and then as a scarlet woman, but in Chapter 18 she morphs into the city of Babylon. What’s going on?

The 3 depictions of Religion present both different aspects of its nature and the relationship that it has with Humanism:

Some commentators claim that in Revelation 18 Babylon must equate to the humanistic world and not religion because of the references to merchants, commerce, kings, and so on. Yet, despite this, the city is connected to the religious whore of the previous chapter by references to ‘her adulteries’ (Vs. 3), ‘her own cup’ (Vs. 6), and her dress of ‘purple and scarlet’ (Vs. 16). The city of Babylon appears to be combination of Humanism and Religion; in some way the two have become one (1 Corinthians 6:16). However, the primary identity of Babylon must be the whore of Religion, because Revelation 17:18 states specifically that ‘The woman you saw is the great city that rules over the kings of the earth’.

Throughout history Religion and Humanism have sometimes become so merged together that they have become virtually indistinguishable. The relationship between the Roman Catholic Pope and the kings of Europe in past centuries is an example of this. A modern day remnant of this type of union is the fact that the Queen of England is also the Supreme Governor of the Church of England.

We also see a merging of Humanism and Religion in our day in the way much of the church has adopted humanistic values and practices. Has there ever been a time, I wonder, when the church has been so obsessed with money as it is today? Of course I am generalising, but all around me I see churches that are run like corporations and where collecting the ‘tithe’ gets more ‘air-time’ than Jesus.

Revelation 18:4 poses a particular problem for some folk and has been used by instigators of church splits, by cult gurus, and even by home-church extremists; ‘Come out of her, my people so that you will not share in her sins…’ To be absolutely consistent with my book ‘Revelation in the Stars’ I am going to reproduce here just what I wrote there:

‘This is a call, not to leave local churches or a particular denomination and ‘go it alone’, but a call to leave an apathetic, apostate environment. Get passionate about the things of God, and be part of a church family which has the same passion and commitment. The call of the Holy Spirit to the church of our day is to return to our first love… and to be the church which Jesus first loved. It doesn’t matter so much what form the local church takes. House churches provide a meaningful experience of simple and real church life. Congregational churches are also wonderful, so long as their leaders structure them organically as opposed to organisationally. However, I have serious doubts that a mega church could embrace the values, principles, and priorities of church life pictured in the book of Acts. Whatever form the local church takes, it is vital that we come out of religion and into real church. Here is what I mean by ‘real’ church:

Relationship: A church family in relationship with God and each other within an environment of order, participation, and accountability, and who value and seek to practice love and acceptance, and see their church as a ‘city of refuge’. A church that is principle, value, and relationship based rather than rules or results based. Where ministries are motivated from within rather than imposed from without. Where leadership’s role is serving, equipping, and facilitating rather than initiating programmes.

Outreach: A church that seeks to reach out to others, both corporately and individually, outside the congregational setting, to bring them into relationship with Jesus Christ, to teach them the basic principles of his kingdom, and to then release them to go and do likewise for others. A church positioned within the context of local community and seeking to serve its community both practically and spiritually.

Anointing: A church which embraces the person of the Holy Spirit and depends on his anointing for life and ministry, whilst eschewing manipulative or psychic methods and practices.

Doctrine: A church which holds to and seeks to teach sound, biblical, life-giving doctrine based on the scriptural revelation of what Jesus said and did, and to propagate this doctrine through other local churches. A church which emphasises expository preaching and teaching of the Bible.

Structure: A church which aims to extend the kingdom of God by establishing interdependently autonomous local churches founded on the principles presented in the book of Acts and embodied in the ROADS concept (relationship, outreach, anointing, doctrine, and structure). A church which believes that the relational dynamics it values can only be evidenced satisfactorily within a small congregational setting. Whose model for church life and functionality is organic rather than institutional – Christ Jesus is the effective head of the church and the Holy Spirit motivates and empowers ministries in and through the body of people constituting the local church. Whose leadership is by means of a functional plurality of Elders, where each plays a role and makes a contribution vital to the effectiveness of the whole; ministry, as well as decision making, is both shared and joint.’

Next week I plan to move on to section Six (Chapter 19) – a much happier part of Revelation.