Series: Who is this Jesus?

Series: Who is this Jesus?
‘He is… the firstborn over all creation… all things were created by Him and for Him. He is before all things.’ Colossians 1:15-17
I had only been pastoring a church for a few years when I was introduced to the wallet test. I was discussing with a more experienced fellow minister how best to introduce the congregation to a new way of approaching outreach. He said, “Of course you will only know if they believe it when they pass the wallet test.” I asked him what he meant and he patiently explained that he had found through years of pastoring that the real test of belief and commitment is when people are prepared to pay for something. I was shocked and argued that this was very ‘unspiritual’ and cynical. He smiled, shrugged and said, “You will learn soon enough.”
I have learned, although my understanding is not as cynical as that of my friend. I have learned that we reveal our true values and priorities through how we use our resources of time, talent and money. If something is important to us then we expend time and energy on it, or we allocate finances to it. Take for instance the schooling of our children. If good schooling is important to us then we buy the best education we can afford and sacrifice other lesser important things in order to be able to afford tuition fees. We also spend time involving ourselves in the education process by attending school meetings, checking homework, taking the children on educational outings, and so on.

So here is the question; if we claim that Jesus is number one in our lives, then does our use of resources support or give the lie to this contention? The scriptures declare that Jesus Christ is pre-eminent in all things. He has the rights of a firstborn son over the household of God, of which we are members. We are included in His creative plan and therefore we are made to be His. Theoretically, Jesus should have pre-eminence in our lives – but does He?
To truthfully respond to this question it is helpful to conduct a resources inventory. Construct a pie chart of your budget and note the percentage spend in the various areas. How do these percentages reflect on the pre-eminence of Jesus in your life? Do something similar with your time. Analyse a typical week and determine where your discretionary times goes. You can ignore the reasonable time required by your employer because that translates into money, and you have already analysed your spending pattern. You can also conduct a similar exercise on the use of your talent. You have abilities, experiences, and giftings – where do you deploy them?
I have to concede that my friend was partially right and that the wallet test does give at least a strong indication of our true values and priorities. I am not suggesting that it is as simple as it may appear. At different times of our lives we have various priorities that demand our resources. For instance, family is important and we would be violating the scriptures if we neglected our responsibilities to our aging parents or our young children. By the way, this is one of the reasons I am not in favour of legalistic tithing to the church. But whether it is the church, parents, children, or whatever else is urgent, there is always someone else who is most important of all… Jesus. However we allocate our resources, it should be in consultation with Him. “Lord Jesus, I want to honour you in everything I do, and I want to evidence your pre-eminence in my life through how I spend my time, talent and money. This is how I see my obligations, dreams, and challenges at this time. Does my allocation of resources to them reflect your pre-eminence in my life Lord?”
Frank Viola writes in Revise Us Again, ‘Only a recovery of the greatness, supremacy, sovereignty, brilliance, and “allness” of Christ will lead us to restoration and even revival. The wonder of Jesus as “all in all” is the only hope for igniting the flame of a new reformation and resuscitating a church that’s presently on life support.’ 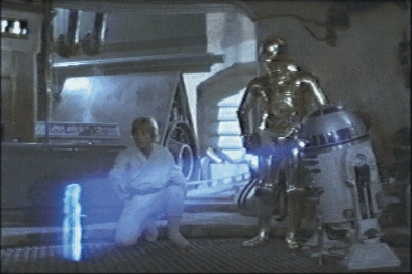 Series: Who is this Jesus?
‘For God was pleased to have all his fullness dwell in him.’ Colossians 1:19
It delights me when scientists discover or invent something that helps me better appreciate spiritual realities. The holograph is an example. A holographic image is created using laser light, reference beams, interference patterns, and so on, but the end result is a three dimensional presentation of the original. You can walk around a hologram and see the image of the original from all angels and perspectives. But this is not the part that intrigued me most when I first learned about holograms. What fascinated me was the fact that the whole holographic image is encoded into every part of the record. In other words, if you take just a fragment of the image medium and shine the laser reference beam through it then the full hologram will appear in all its details. Every part of the medium contains the full image.
This helps me to understand something about Jesus. The Lord Jesus Christ, while He was on Earth, was a man, yet He contained the full image of the Godhead; He was fully man and fully God. As a fragment of a holographic medium contains the full image of the original, so Jesus Christ in His limited humanity presented the fullness of God. Colossians 2:9 records that ‘in Christ all the fullness of the deity lives in bodily form.’ The ‘laser’ light of Heaven shone through the man Jesus and we saw the full representation of God.
I used the past tense in the previous paragraph, but Jesus still exists as the eternal God-man and He is still the full presentation of the Godhead to humanity. If we want to know what God is like we still look to Jesus. But, now that Jesus no longer walks on earth in the flesh, how do we see Him? We perceive Jesus, the full image of the invisible God, with the help of another sort of holograph, a literary holograph.
The Bible is, in a sense, a sort of holograph. The revelation of Jesus is encoded in it. His image is in all its parts and we can perceive Jesus when the laser light of the Holy Spirit shines through it. The image of Jesus, projected through the medium of the scriptures, reveals to us who God is, how He thinks, what His values and priorities are, and what His attitude is towards us and the world.
So, if you want to know God then look to Jesus. If you want to know Jesus look to the Bible.